Dark and mysterious secrets remain locked in the tall cloisters and shadowy tombs of Tewkesbury Abbey Gloucestershire, England. Since the eighth century the medieval abbey has survived the blood of war, fire, famine, flood. And now plastic ... 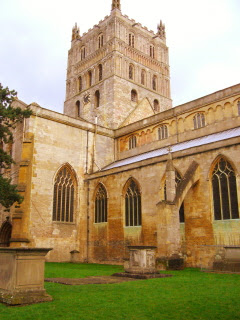 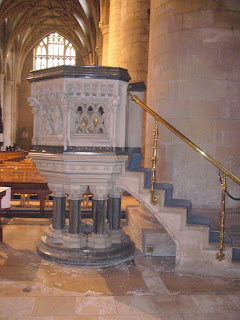 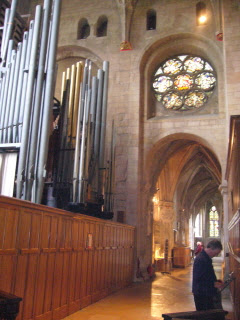 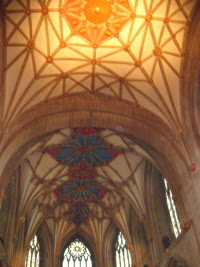 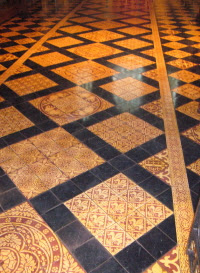 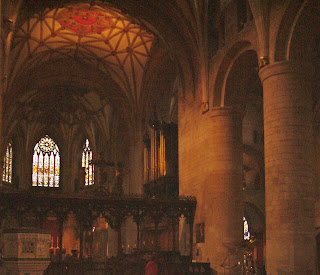 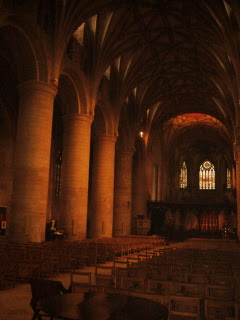 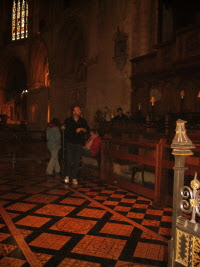 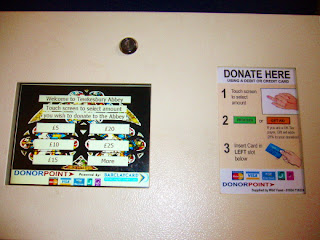 I've been to Tewkesbury Abbey when I was fairly young - at least plasticash removes that severe-looking pastor that would stand at the door and guilt you into making a donation...

Or is he still there? Though perhaps now sporting his 21st century Ray-Bans or something...

Hmmm...and they even take credit cards! I always have trouble with modern life creeping (or bursting!) into those historical places that I hold dear. It seems like Tewkesbury should be frozen in time, along with Salisbury, and Winchester, and Chichester, and St. Pauls, and all those other wonderful bastions of English history. Alas, nothing appears sacred.

And is that a simulated stained glass background on the "donorpoint pad"?

Somehow that's a sad commentary on our era. On the other hand, those venerable abbeys, cathedrals, etc. cost such a fortune to maintain that I guess it's understandable.
Have a good Easter.

Sad, sad reflection on the times of today but I guess they have to keep going somehow. Beautiful looking abbey.

I want to say it's also funny but after further consideration.....not so funny.

Love the pictures...oh mann, I hate the idea of the wall with the slots for money!! Almost Casino like isn't it?

Hmm..guess it costs a lot, huh? Funds are cut everywhere and it would awful to lose such a wonderful icon. We don't have anything like that here. (states)

At first I would feel uncomfortable if I saw the donation sign and instructions. Then I'll just think of it as a modern way of how money change hands. Still it's hilarious, the image of credit cards in a gilded surrounding. I am giggling. I'll most likely give.

I agree with you all ... it's a sad but necessary measure, and at least they're managing to keep it open. I believe it costs around three thousand pounds PER DAY to keep the abbey running.

Becca was right, yes, there's a fake stained glass window laid underneath the donation dominations on the give box.

cool pictures, tho -- and probably my only chance to visit will be this cyber one.

Oh that's PRICELESS! Sad, but as you say, sadly necessary.

Man oh man is nothing sacred?